Learn how to recognize vinegar syndrome in acetate film. 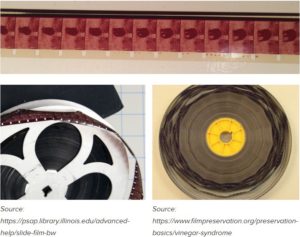 A-D Strips are used to determine the state of the film on a scale from no deterioration to critical deterioration.