Learn how to put film on rewinds and some basics of film inspection.

The following guide lists different type of film damage that you can look for when inspecting films at the rewinds bench: 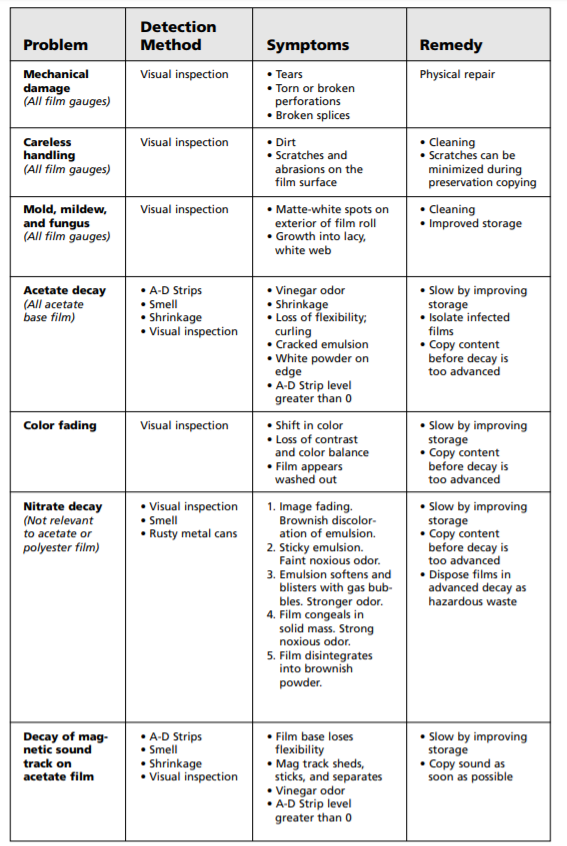